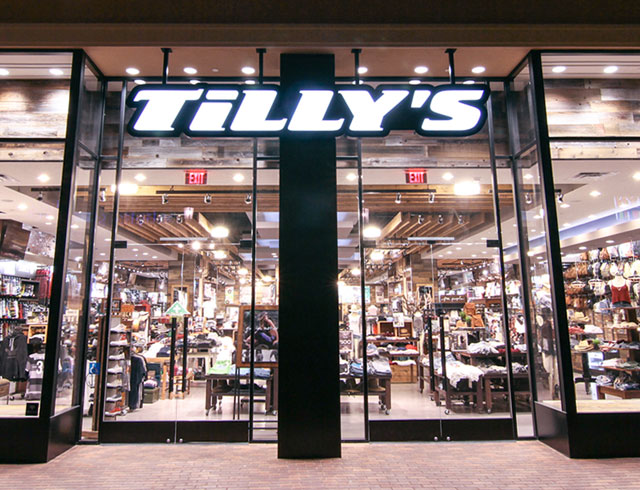 Founded in 1982, Tilly’s sells active lifestyle clothing and accessories. It is headquartered in Irvine, California. It has over 220 stores all over the US. They sell in-house brands like RSQ, Micros, and Blue Crown, alongside popular brands like Adidas, Billabong, Nike, Quicksilver, and Vans.

Aside from Tilly’s, you can score active lifestyle fashion at these stores.

Headquartered in Anaheim, California, USA, Pacific Sunwear of California, Inc. or simply Pacsun was founded by Jack Hopkins and Tom Moore in 1982 in Newport Beach, California. As the name suggests, it originally marketed as a surf and skate shop for men. Since then, the brand has evolved into a lifestyle brand. Their target market are young people with active lifestyles who still want to keep it fashionable. It is now owned by Golden Gate Capital.

Zumiez (read as zoom-eez) was founded by Tom Campion and Gary Haakenson in 1978. Since its foundation, it has catered to young people with active lifestyles, people who are into skateboarding, motocross, and snowboarding. They sell clothing, shoes, accessories, and hard goods for these action sports. Its first store opened in Seattle, Washington and the company was originally called Above the Belt. They carry various brands like Teddy Fresh, Vans, Champion, Adidas, Odd Future, and Thrasher among others. Men’s shirts start at USD 10. Women’s shirts for USD 5. Complete skateboards start at USD 70, while snowboards start at USD 120.

Billabong International Limited was founded by Gordon and Rena Merchant in 1973. The Australian lifestyle brand offers apparel, hard goods for skate and snow, backpacks, footwear, and accessories. They own other brands like Von Zipper, Element, Honolua Surf Company, Kustom, Palmers Surf, Xcel, RVCA, which they all sell in their brick-and-mortar stores and online shop. The company experienced financial difficulties and almost went under but, through their turnaround strategy, they were able to bounce back and became profitable again starting 2014. Men’s shirts start at USD 10, boardshorts start at USD 18, and snow outer jackets at USD 112. Women’s tops start at USD 14, bikinis at USD 35, and snow jackets at USD 105.

Looking for cool street wear clothes with an outdoorsy feel about them? You can also try stores like Urban outfitters then.